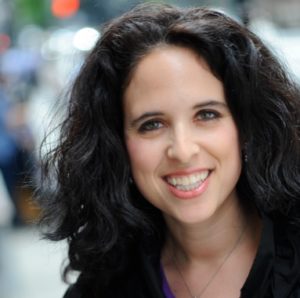 Vicki Salemi is a New York City-based multimedia career expert, speaker, author, and journalist, and a frequent contributor to BELLA NYC Magazine, a GL Editorial Services (GLES) client that produces a popular women’s service magazine in NYC. She’s contributed to SeniorsForLiving.com and ParentSociety.com, and previously served as a regular contributor to CollegeBound Teen Magazine and ClassesUSA. She also served as ClassesUSA’s national spokesperson. She’s been with GLES since its inception and penned her first byline for Gina in the late 90’s.

Vicki also writes a column for Metro newspapers and contributes to Forbes, U.S. News & World Report, and The New York Post. She is Mediabistro’s resident career expert and pens the MediaJobsDaily blog on a daily basis and created and hosted a show for them called Score That Job.

She is the author of Big Career in the Big City and The ABC’s of College Life. Vicki previously worked for 15+ years in corporate HR and recruiting while moonlighting as a journalist; inspired to share her wisdom with the masses, she walked away from corporate life to pursue multimedia endeavors and speaking engagements/consulting projects to organizations, companies, and campuses about the inside scoop from the hallowed halls of HR.